Supercharge Your Training with “Strength Primers” 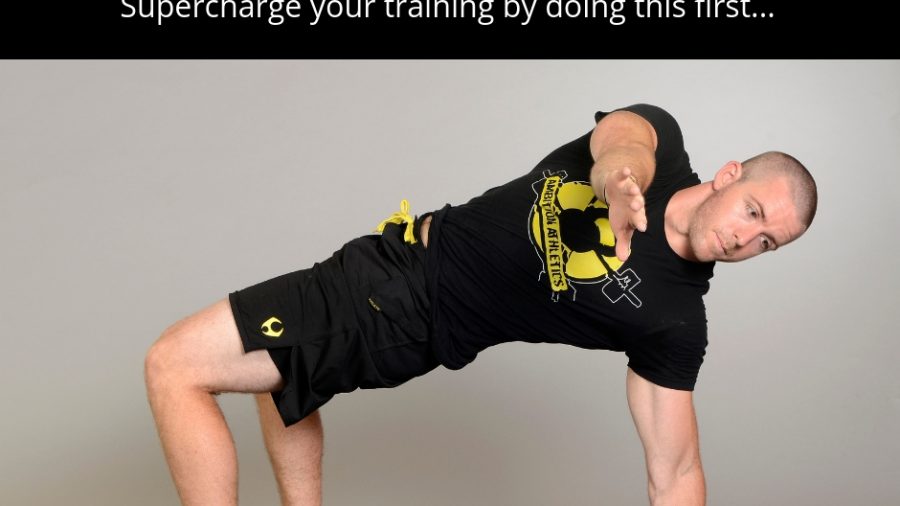 Did you know that you can amplify your strength during your workouts?

Are you aware that a couple of simple movements done before your heavy lifts can allow you to lift more weight, and help reduce the risk of injury at the same time?

This is a tool I’ve been using with great success for many years, and I’d like to share it with you today.

The secret is to splice in BOTH mobility and activation exercises.

You see, most of us do not have perfect mobility, nor are we able to contract our muscles with 100% efficiency. This lack of mobility and activation leads to weakness, and injuries. By “priming” our strength movements with complementary mobility and activation exercises, we get stronger AND more mobile at the same time. Once again, this is fantastic for preventing injury and maximizing your strength potential.

What people often find is that they are immediately stronger after doing the right mobility and activation exercises.

Now I want to give you some tried-and-true pairings for your strength primers (note: I’m giving you just 3 per exercise, but there are certainly more that will also be effective).

I NEVER do strength movements without primers first. It’s just simply not as good—and worse, it’s actually kind of risky. Doesn’t it make sense to stack the deck in your favor and maximize the potential benefit while reducing risk? I think it does, and I know if you implement this strategy you will get stronger, more flexible, and reduce your risk of injury.

The other cool thing about this is that you need to rest between sets anyway—so you might as well put that time to good use and do some strength primers.

When in doubt, think about what the demands of an exercise are, and how you can enhance those before your lift. A lack of glute and core activation is a very common problem in modern society. Because of this, core and glute activation are almost always a good choice for your strength primers. Getting the core to fire properly is what provides a foundation for the rest of your body to move around. If your core isn’t switched on, your hips, shoulders, and spine are going to take a beatdown.

So here’s what you should do now:
1. During your next session, do some strength primers before all of your main lifts.
2. Pay attention to how the weights feel, and how your muscles feel the next day.
3. Continue using the primers that worked for you and get stronger.

Many people say that these primers allow them to feel the movements in the right muscles. Recently I had someone following the Ultimate Athleticism program tell me that doing core and glute activation before their deadlifts actually let them feel their glutes and hamstrings instead of their lower back for the first time!

In short, Strength Primers take almost no time, make you stronger, and prevent injury. It’s a win-win situation—now go do it.

Join the Better Every Day community and get instant access to: 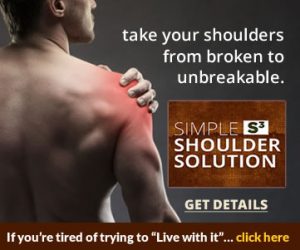